If You Build it, They Will Come Aim High alum Faheem Carter, 29, graduated from Lick-Wilmerding’s Aim High Campus in 2006 with a goal to grow his own food, particularly fresh vegetables and fruits. Born and raised in Bayview-Hunters Point, as a kid, Faheem felt “there was no access to fresh foods, but rather liquor stores and fast food joints.” This made him long for what was possible. “I wanted to have healthy food in a community that lacked it.” Little did he know that his passion would galvanize his community to join him in those efforts and share in his vision of bringing food justice and education to students and the broader community. While in college, Faheem met Ted Fang, a community organizer working in Bayview-Hunters Point. Ted was immediately struck by Faheem’s tenacity. “Faheem was 22 and attending City College at the time,” he recounts. “He said to me, ‘I want to get a planter box, and if I can get a box, maybe the kids will see that I’m planting some stuff, and maybe we can get something going.’” It was Faheem’s passion and drive that encouraged Ted to organize a community garden and support Faheem’s mission of growing fresh produce locally. After a long search, fellow Aim High alum (’92) and former Bayview-Hunters Point Supervisor Malia Cohen helped locate the perfect parcel of land for the project: a one-acre abandoned lot located on top of a functioning Caltrain tunnel. Surrounded by single-family homes and a dense population of diverse residents, the location was ideal for a garden they hoped would serve the community. Working with Supervisor Cohen and the Caltrain Board of Directors, the site was granted to the community with a long-term lease, free of charge. “When we got the plot of land, it was a mess,” Ted says. Faheem and Ted were joined by dozens of committed Bayview residents, many elderly Chinese immigrants who didn’t speak English. Together, they worked for two years to clean up the site. The Florence Fang Community Garden broke ground in 2014, with Faheem as Resident Farmer. Within the garden, Faheem founded and operates the Bayview Black Organic Farmers Program which “provides farmers with plots and gardening tools to grow their very own organic, non-GMO vegetables.” The program’s ultimate goal is to support and heal the Black community’s relationship with food and land, and to ensure that the neighborhood has access to nutritious and sustainably grown food. 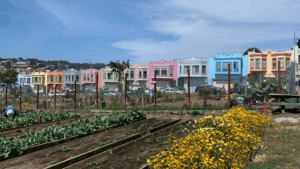 Faheem is appreciative of the foundation Aim High provided him as a student. “I like how I had three or four classes a day, and I enjoyed playing basketball.” Aim High encouraged him to think about his future and the ways in which he could support his community. He believes in a greater vision for food justice education in his neighborhood. When asked about his long-term vision for the garden, he said his goal was to open a learning center where students could engage and build more awareness about food justice, nutrition and sustainability. As a young student in the classroom, Faheem felt that the transferability of skills to the real world was limited. He dreams of a future where students could work in the garden while also growing their own plants at home. By doing so, students would understand the full ecosystem and the importance of gardening. By empowering students to grow their own food and engage in the physical activity of gardening, they can take ownership of the food they eat. Faheem wants the Bayview to “have a lot of flowers and vegetables…where people can learn about plants and where kids can see and touch different plants and where people can buy fresh vegetables.” He encourages kids to “work hard, believe in yourself” and know that “change starts with you.” Faheem and the Florence Fang Community Farm are now working to build a Bayview Food Justice System with the farm as a model for how local youth and residents can grow their own food, distribute that food within the Bayview neighborhood to restaurants, corner stores and individual homes, and then cook and eat these Bayview grown vegetables at family dinner tables right in the neighborhood. Thank you, Faheem, Ted, Johnny and Alicia, and others who made it possible for the Aim High staff to learn more about the farm’s history and to observe the vibrant community it’s built around it. If you would like to give back to or volunteer at the farm, we invite you to sign up here!
Alumni Community Garden Farming
-
0
Share on Facebook Share on Twitter 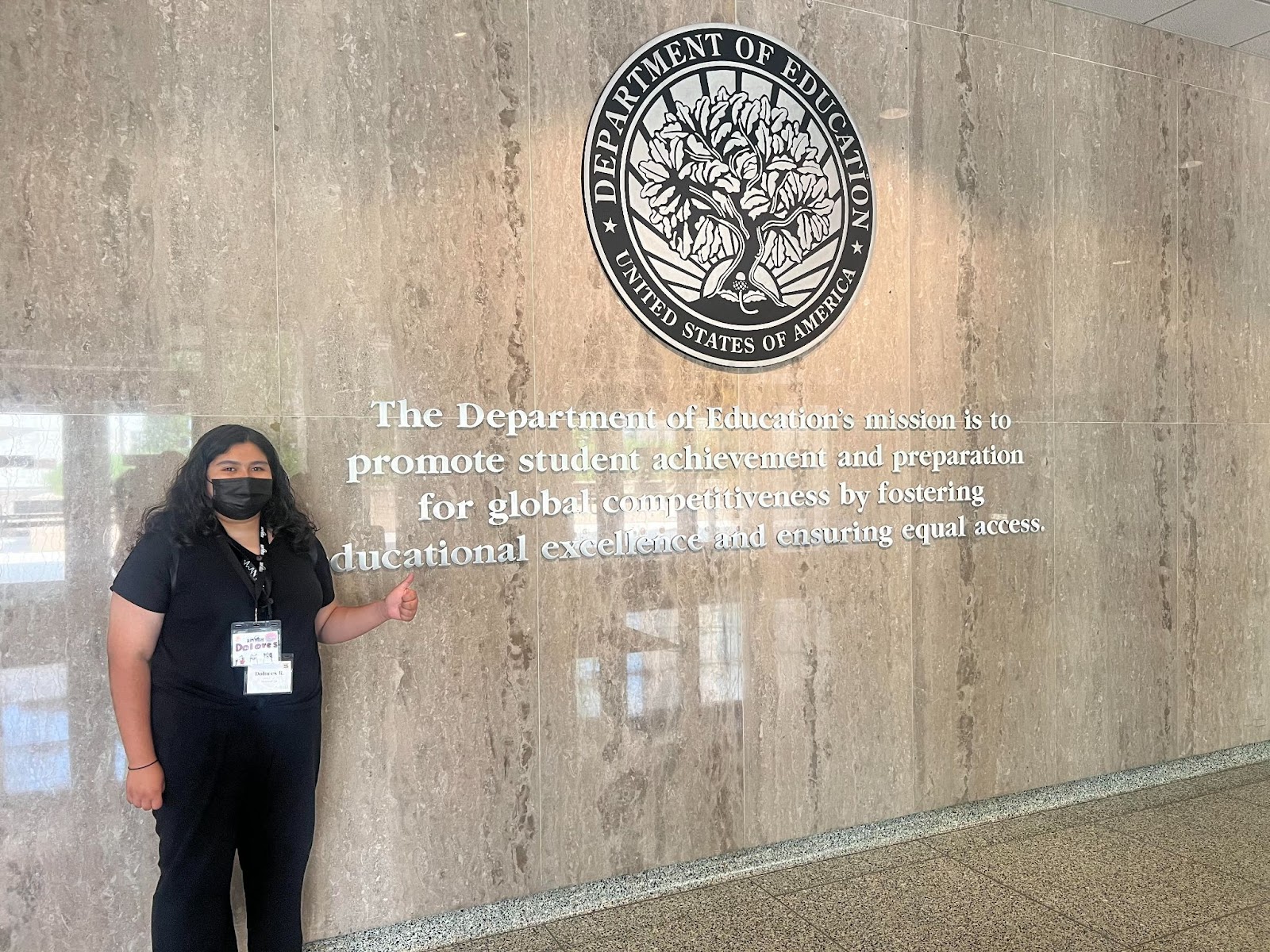